These old farms are well worth a detour on your walks around the region.

Built on the site of the former domain under the authority of the Lords of Walhain around the year 1200, it was the fief of the knights of Chastre who depended on the Duchy of Brabant.

It now houses the Town Council. 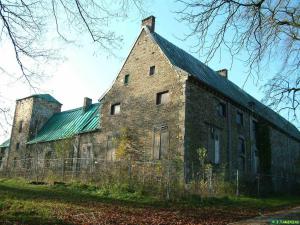 This domestic farm was an outbuilding of  the Villers Abbey.

It used to be linked to the monastery by a road in the woods originating behind the old water mill. The architectural grouping of the Farm dates back to the 18th century. 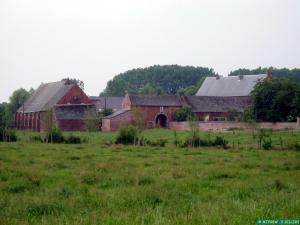 The farm is the remains of a priory of Trinitarians founded in 1215 by knight Gilles of Lerinnes.

This is a unique architectural piece of an order that settled in only six places in Belgium.

The farm was mainly built in the 18th century and has a very nice layout. The seal and shield of the municipality of Walhain show the cross of the Trinitarians.

Built in 1721, this farm gathers around an irregular yard construction made of brick and rubble stone. It was listed on 1988 and the barn was transformed into a reception hall.